A versatile actor who has played various roles right from a rapist to a careless college student to a homosexual with a speaking disability. He has done almost varied roles still lot more to come from his kitty. The one thing that stands out for Roshan is the roles he played each character skillfully with utmost perfection. Roshan’s progress has been quite consistent who started of slowly and then comes with a big bang now. With the current situation of Covid 19 most of the films are streamed on OTT platform, Roshan becomes a significant face in Mollywood.

An actor with a charming smile with curly hair has done movies like Aanandam which got released in 2016, where he played the role of Gautham (cast name) a rockstar who comes for a trip with friends and how he confesses his love to Devrika played by Annu Antony. His role as Krish (cast name) in Koode, hit the screens in 2018 directed by Anjali Menon was outstanding. He plays role of a lover to Jenny played by Nazriya Nazim who he ditches due to her medical illness and how he helped Jenny’s brother in uniting with Sophie.  Roshan, not much later has done small yet mightier and strengthened his presence in Geetu Mohandas’s Moothon released in 2019 where he played the role of homosexual who has speech disability and Anurag Kashyap’s Choked in 2020 were he played the role of  a bank person’s husband who is hardly employed who lives in misery and hardships, the clogged pipe and a bagful of cash when demonetization struck them.  When we walk down the memory lane we have more reasons to love Roshan for various characters he has played that not easy to forget.

He even appeared as a cheating boyfriend in Adi Kapyare Koottamani in 2015. Everyone remembers him as a rapist in the Puthiya Niyamam in 2016 starring Mohanlal and Nayanthara. Roshan has done bigger and significant roles in Matchbox (2017) and Orayiram Kinakkal (2018). He played some lead roles in Kadam Kadha (2017) and Viswaroopam Mansoor (2017) which were not box office hits hence he could not make a mark for himself. He got a big break with Anjali Menon’s Koode where he displayed a spectacular performance. His role was unique and did justice to the character he played. In the year 2019 his movie Thottappan was a masterstroke where he played role of Ismu who is a friend to Thottappan ans his god daughter and helps Thottappan in finding his disappeared friend. His character was great and people started to watch out more potential of the actor. After the success of Moothon and Choked he appeared in the movie Kappela, where he played the role of a gentle autorickshaw driver named Vishnu. His concern for others and shyness of the character made him one of the rare species on earth.

With his commendable skill of living each character from a rapist to rockstar lover to a reckless and dandy college student. Even with minimal alterations to his natural look, he performs his characters to perfection with dedication. Roshan has never failed to impress the viewers with his performance, infact we are looking out for more out of him. 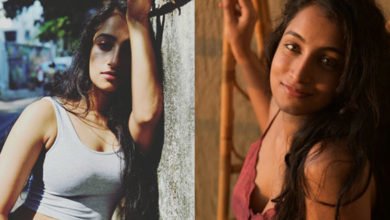 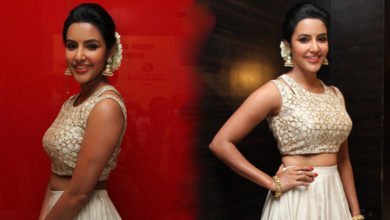