Moto G6 has been launched in India, at an event in New Delhi. The phone has a 5.7-inch full-HD touchscreen display with a resolution of 1080×2160 pixels.

The Moto G6 is powered by octa-core Qualcomm Snapdragon 450 SoC clocked up to 1.8GHz and coupled with an Adreno 506 GPU as well as 3GB or 4GB of RAM and it has an internal storage of 32GB or 64GB that can be expanded up to 128GB via a micro-SD card. Moto G6 is coming with dual rear camera setup, with a 12-megapixel primary sensor and a 5-megapixel secondary sensor and a 16-megapixel front camera for selfies. 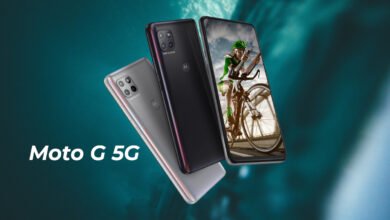