Turmeric has lot of health benefits in itself, as it is one of the quality nutritional supplements. It has many advantages to the brain and body

Some of the health benefits of turmeric are:

Curcumin, an ingredient present in turmeric has many medicinal properties. This is a spice that adds a yellow colour in the dish and has very mild aroma or flavour. Indians use them as spice as well as a medicinal herb. Curcumin has powerful anti-inflammatory effect and has strong antioxidant properties. In order to get complete advantage of this spice it is essential we use the ones that have high curcumin.

Curcumin fights age related diseases and aging. It helps in fighting dementia in old people and heart diseases. Hence this ingredient in turmeric is an anti-aging supplement and aids longevity.

Many studies show that curcumin helps in treating symptoms of arthritis. This is a common disorder where one has joint inflammation. Turmeric is good for rheumatoid arthritis, which is more effective than any anti-inflammatory drug.

Helps in preventing and treating Alzheimer’s disease. A common neurogenerative disease that causes dementia. Curcumin can cross the blood brain barrier and has been shown to lead to various improvements in the pathological process of Alzheimer’s disease.

Turmeric helps in preventing and treating Cancer-. Cancer is characterized by uncontrolled growth of cells in the body. Curcumin is a beneficial herb in cancer treatment and affect cancer growth. Researches have proved that curcumin as a beneficial herb in cancer treatment that affect cancer growth and development. It contributes to the death of cancerous cells that leads to changes in molecular level that treat and prevent the disease.

It lowers the risk of heart disease. The benefit of curcumin is that it improves the function of endothelium, a lining in blood vessel thereby regulating blood pressure, clotting etc. Curcumin reduces inflammation and oxidation that plays a major role in heart diseases.

Turmeric enhances antioxidant capacity of the body. Antioxidants are beneficial to protect the body from free radicals that tend to react with organic compounds like fatty acids, proteins or DNA. It stimulates the activity of your body’s own antioxidant enzyme.

Curcumin suppresses the molecules that play major role in inflammation. It fights the foreign invaders that attack the body and also repair the damage. Curcumin is such a strong anti-inflammatory agent that it can be substituted to an anti-inflammatory drug.

Turmeric especially curcumin have proven health benefits such as preventing heart disease, Alzheimer’s and cancer. It is an anti-inflammatory and antioxidant that improves depression and arthritis. It is important that we buy turmeric with high curcumin content in it. 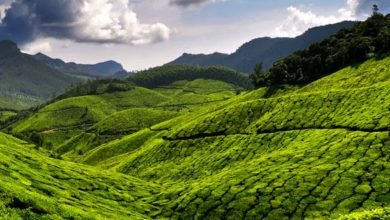 5 Must Visit Places In Kerala 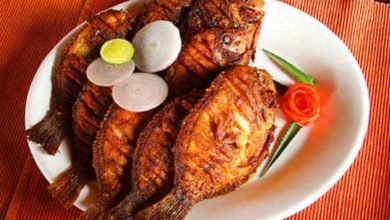 How to Make Mixed Fruits Salad