MG Hector Plus is the new three row six-seat car. This is both a luxurious and a practical car with a duo seats making way to third row. Hector Plus is primarily a wide and tall as the standard model that is 65 mm longer with wheelbase of 2750 mm. The basic size, shape and profile is the same with few changes on the outside. Hector has removed all the chrome that surrounded the grille and LED headlights as well. The only difference is the silver plate that sits right under the air vents at the front. The tyres are 215/60 R17. The car looks subtler than its counterparts. The tail light unibrow is removed, the rear bumper has been styled with plastic bits. The cabin remains quite pleasant. The interiors have shades of brown. The driver’s seat has electrically adjustable controls, making the seating position comfortable. The front seats are very comfortable. The highlight is the infotainment screen which has no additional buttons , however it takes time to get used to the counter clockwise tachometer. The ESP button is quite close to the passenger side making it quite uncomfortable to passengers when they are accessing the infotainment screen. It would have been more apt if it were close to the driver. There are dedicated buttons to access 360 degree camera and the parking sensor is also quite pleasing as there are few physical buttons. The touchscreen is more responsive than earlier.

The second row has now got captain seats compared to bench that we see in Hector. Even with the driver’s seat fully extended there is enough room for leg space. The only disadvantage being there isn’t enough under-thigh support. There are adjustable head rests on each seat and one can stretch and relax. The flat floors come handy during long journeys and there is enough space between the seats but not enough to move to the third row of seats which can be best used by the children. The AC main controls are in the front and to adjust the AC fan speed for third row, have buttons for same. There is a voice assistant to change temperature and ask to set a specific temperature. The large windows and sunroof ensures there is enough sunlight and many sockets to charge your phones.

The introductory price of Hector Plus is 13.49 lacs to 18.5 lacs and may increase by 50000 Rs taking into account the other changes in features. Hector Plus comes with 105 litre turbo petrol engine with 48V mild-hybrid system, which only comes with a 6 speed manual gearbox (there are total eight versions four trims/engine gearbox combination). A 141bhp engine picks offline quite well too. It exhibits a roll at a triple digit speeds without passenger and luggage on board, it skits a little. The steering wheel is light and easy to use and brakes are on point. If we drive safely there won’t be much complains. 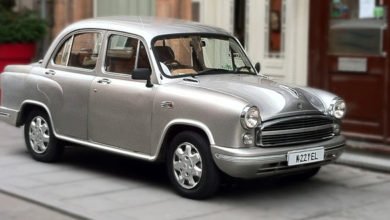